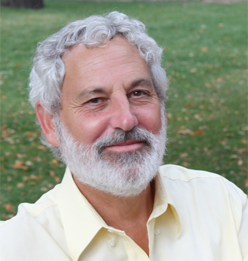 Roy Hoffman, a novelist and journalist, is author of three novels: Come Landfall, a novel of hurricanes and war, involving three women and the men they love, impacted by World War II, Vietnam, and Iraq; Chicken Dreaming Corn, endorsed by Harper Lee, inspired by his grandparents’ sojourn from Eastern Europe to the Deep South; Almost Family, winner of the Lillian Smith Award for fiction, about a black family and a Jewish family in civil-rights-era Alabama. He is author of two nonfiction collections: Back Home: Journeys through Mobile, with a focus on the diverse cultures of the Gulf Coast; and Alabama Afternoons: Profiles and Conversations, portraits of authors, artists, civil rights figures, and ordinary folks “famous on their block.” A native of Mobile, Roy worked as a writer in New York City for 20 years, including a stint as a speechwriter, before returning South with his wife and daughter in 1996 to Mobile Bay. A former staff writer for the Mobile Press-Register, with a special interest in area culture, religion, and history, he received the 2009 Clarence Cason Award in Nonfiction Writing from the University of Alabama, and contributes essays and reviews to the New York Times and other publications. A graduate of Tulane, he teaches fiction and nonfiction in the low-residency MFA in Writing Program at Spalding University in Louisville, Kentucky.